Mark Hamill Reprising His Voice Role As The Joker In ‘Batman: The Killing Joke’

Mark Hamill is reprising his voice role as the Joker in the upcoming animated ‘Batman’ film and video game.

Mark Hamill is reprising his role as the voice of the Joker in the upcoming animated film adaptation of Batman: The Killing Joke. Hamill voiced the Joker, and a number of other small roles, in Batman: The Animated Series from 1992 to 1994 and The New Batman Adventures from 1997-1999. He also provided the voice for the Joker in the Batman: Arkham video game series. 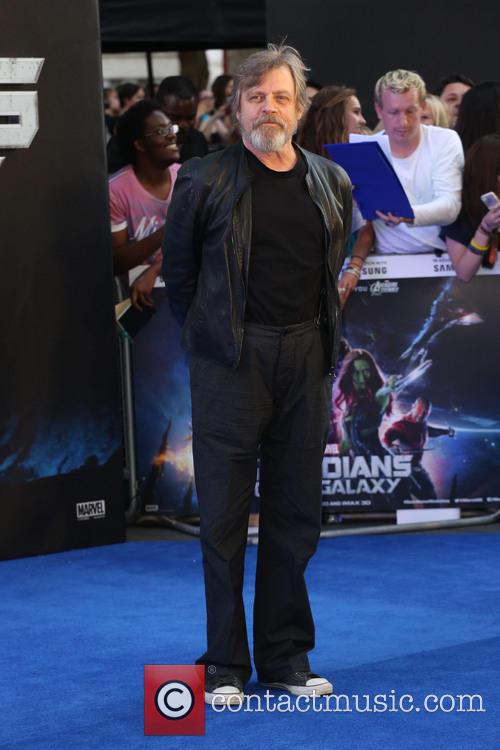 Mark Hamill at the U.K. premiere of Guardians of the Galaxy in July 2014.

Fans of the animated series will be pleasantly surprised to learn Hamill is returning for the upcoming animation. Four years ago, Hamill announced his retirement from voicing the Joker after 19 years in the role. However, it has since been confirmed Hamill will be reprising his role in both the upcoming animated film and in the new Batman video game, Batman: Arkham Knight.

Hamill has been vocal about his desire to return to his role as Joker for The Killing Joke. Upon announcing his retirement, he stated he would consider returning if this comic were to be adapted. The 63-year-old actor did not confirm the news via Twitter but he teased fans about the prospect of his returning. When asked if he would reprise his role as the Joker, Hamill wrote: ‘My fingers are still crossed!’

The Killing Joke, published in 1988, is a particularly dark comic which sees (spoiler alert!) Barbara Gordon A.K.A. Batgirl paralysed after she and her father, Commissioner Gordon, are kidnapped by the Joker. We’re also given key insight into how the Joker came to be and more into what makes him tick.

This is not the only role Hamill is reprising this year. Hamill is best known for playing the role of Luke Skywalker in the original Star Wars Trilogy and he is returning to his role in the upcoming Star Wars film, Star Wars: The Force Awakens. The film is due out in cinemas in December 2015 and other familiar faces are reprising their roles, including Harrison Ford as Han Solo and Carrie Fisher as Princess Leia.

My fingers are still crossed! https://t.co/3DphI8ZS06