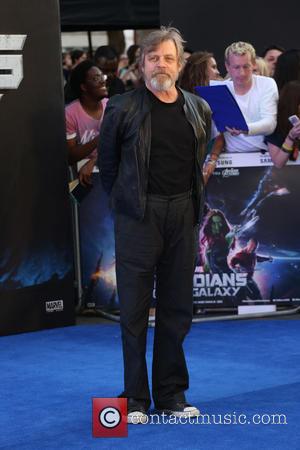 Mark Hamill sent Star Wars fans into a frenzy when he was revealed as the secret cast member at the live reading of The Empire Strikes Back on Thursday night (18Dec14).

Reitman had kept the remainder of the cast a secret, and fans leaped to their feet and screamed when he introduced Hamill, the original Luke Skywalker, onto the stage to play two roles - the evil Emperor Palpatine and Jedi warrior Obi Wan-Kenobi.

The cast was rounded out by Jessica Alba as Princess Leia, Ellen Page as Han Solo, The Office star Rainn Wilson as Chewbacca, and Stephen Merchant as C-3Po. Reitman contributed whistling and beeping noises as the R2-D2 droid.

In the Live Read series, the cast is not allowed to prepare ahead of the performance and the actors first read the script onstage.