The actor has teamed with a California lawyer to help combat fake movie memorabilia that is being sold to fans.

Luke Skywalker actor Mark Hamill is joining forces with a California lawyer to fight against those who market fake memorabilia to fans. The actor had recently become alarmed at the number of items falsely bearing his signature, after being asked to verify their authenticity by fans. 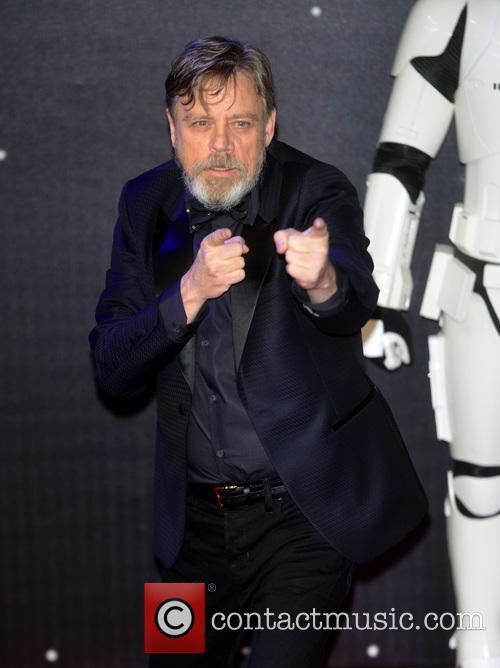 Mark Hamill is leading the fight against fake memorabilia.

As fans prepared for the release of Star Wars: The Force Awakens last year, Hamill said he noticed a rise in the number of fans asking him to verify his signature on movie posters and other memorabilia and most of the time, the signatures were fake.

“As a joke at the London premiere, I said I'd only initial posters to reflect my contributions to the movie. And even then, I only did like three of those,” Hamill told the Los Angeles Times. The actor soon began to tweet fans with a simple REAL or FAKE, as a steady stream of requests kept coming in.

Hamill’s twitter soon caught the attention of Assemblywoman Ling Ling Chang, who already was working on a bill to crack down on fake autographed memorabilia and the two decided to team up to fight the fakers together.

Both REAL. Maybe I'll just "like" the real ones rather than boring everyone w/ endless tweets over authenticity, OK? https://t.co/lstgojuJVq

In a word- NO. I'm so sorry there's so many fans spending their hard-earned money for fraudulent signatures. #FAKE https://t.co/717Bv02ASA

“I got on the phone with him and it was very touching to see how passionate he was,” Chang said. “What he said to me is that his fans are like family and that he did not want to see kids being victimised as he's seen in the past. It's such an honour to have him on board with us.”

If passed the AB 1570 bill would require certificates of authenticity for signed memorabilia sold by dealers in California and entitle consumers who have been defrauded to as much as 10 times the cost of the forged item in civil court. Currently state law already offers those remedies for signed sports memorabilia.

“The public is being swindled on a daily basis and the numbers are huge. I just can't keep quiet when I see people I love being hurt,” Hamill said. “In a way, it seems futile to try and counter what is clearly a very lucrative market. But we can’t let them get away with it.”