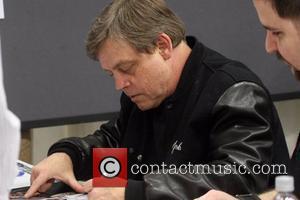 Mark Hamill, who played Luke Skywalker, was well aware of the intention to extend the Star Wars film franchise to Episode 7 and beyond, but was surprised at the acquisition of Lucasfilms by Disney for a whopping $4.05b.

Talking to Entertainment Weekly, Hamill explained: "Oh my gosh, what a shock that was! I had no idea that George was going to sell to Disney until I read it online like everybody else," but offered the caveat: "He did tell us last summer about wanting to go on and do [Episodes] VII, VIII, and IX, and that [newly appointed Lucasfilm president] Kathleen Kennedy would be doing them." Speculation is still rife as to what the upcoming Star Wars films will cover. Will it be Hans Solo? Will Luke Skywalker and Darth Vader become best friends? We wouldn't put it past those Disney guys. "It's one of those things: people either just don't care for it or are passionate about it," Hamill explained." I guess that defines what cult movies are all about. We'll see. I'm anxious to know what's going on, but the main story [yesterday] was the sale to Disney. I have mixed feelings about that, but they haven't done badly by Marvel and the Muppets and Pixar. It's one of those big decisions that at first seems unusual but then the more you look at it, the more it makes sense."

We're waiting for more info to come out regarding where the series will go, and who will be involved in steering the ship. One thing's for sure, and it may be the saving grace: George Lucas remains as creative consultant.