'Star Wars' actor Mark Hamill defended comic Amy Schumer after she did a sexy shoot based on the movie series. 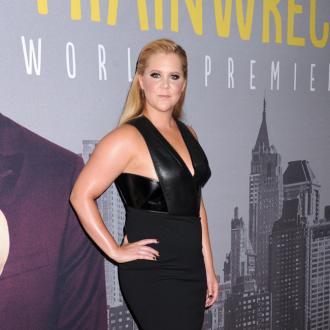 Mark Hamill has defended Amy Schumer's 'Star Wars' GQ spread after it was blasted as ''inappropriate''.

The 63-year-old actor - who played Luke Skywalker in the original movie trilogy - praised Amy after her sexy shoot for the magazine was blasted in a message on the official 'Star Wars' Twitter feed.

Mark - who will appear in the highly-anticipated 'Star Wars: Episode VII - The Force Awakens' tweeted: ''Got excited when I saw @amyschumer @GQMagazine pics & thought she was just cast in Ep 8! We should be so lucky (sic).''

34-year-old comic Amy posed for a sexy shoot for the magazine which included a picture of her naked in bed with classic characters R2-D2 and C-3PO.

The cover shows Amy suggestively sucking C-3PO's finger while inside the magazine an image shows her dancing with stormtroopers.

Amy also dressed up as heroine Princess Leia for the spread which was not well received.

When fan ‏@RogueKnite wrote: ''I love @AmySchumer & her comedy routine(s). But this GQ #StarWars spread is just in poor taste,'' a reply on the official 'Star Wars' Twitter replied: ''Lucasfilm & Disney did not approve, participate in or condone the inappropriate use of our characters in this manner.''