Gatiss, who co-created the series with Steven Moffat and plays Sherlock's brother Mycroft, responded to Ralph Jones' scathing review of 'The Six Thatchers' in The Guardian.

‘Sherlock’ co-creator and star Mark Gatiss has responded in style to a newspaper critic who had accused the show of turning Benedict Cumberbatch’s character into ‘Sherlock Bond’, penning a short verse defending the direction they had chosen.

The updated version of Sir Arthur Conan Doyle’s detective stories returned to BBC One for its first proper series in three years on New Year’s Day, with the first of three episodes that was entitled ‘The Six Thatchers’. 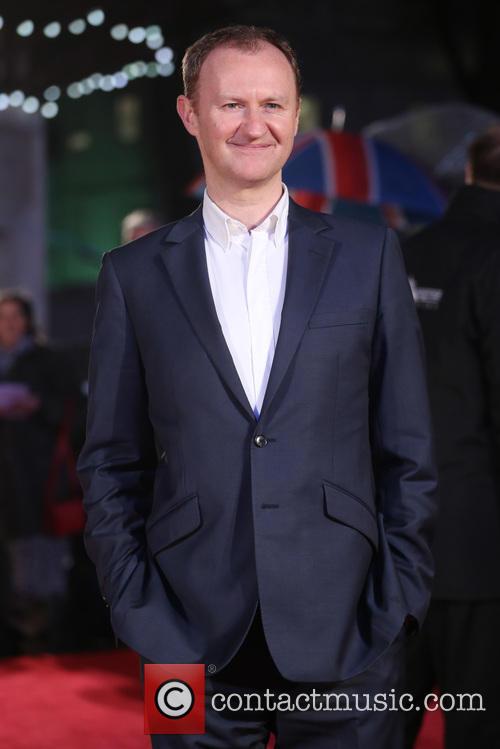 Mark Gatiss penned a response to critical review in The Guardian

Responding in The Guardian to television critic Ralph Jones, who had claimed the action and fight sequences had taken “ill-advised liberties” with Conan Doyle’s original tales and had felt “implausible”, Gatiss borrowed from a letter Conan Doyle himself wrote in 1912, entitled ‘To An Undiscerning Critic’, prefacing it “with apologies to AC Doyle”.

“Here is a critic who says with low blow / Sherlock's no brain-box but become double-O / Says the Baker St boy is no man of action / whilst ignoring the stories that could have put him in traction” the five-verse poem began, with Gatiss suggesting that Doyle’s original stories were full of physical danger.

More: ‘Sherlock’ creators tease fans over the future of the series

“There's no need to invoke in yarns that still thrill / Her Majesty's Secret Servant with licence to kill / From Rathbone through Brett to Cumberbatch dandy / With his fists Mr Holmes has always been handy” the verses finished, pointing out that virtually every other televisual or film re-imagining of Holmes has seen him fight.

In fairness, Jones’ original review had summed up the fears of quite a few ‘Sherlock’ fans that the increasingly big name stars of Cumberbatch and Martin Freeman, playing Watson, combined with the huge budgets at Steven Moffat and Gatiss’s disposal, would mean that the show would begin to drift from how it had all begun back in July 2010.

Series four of ‘Sherlock’ continues on Sunday (January 8th) with ‘The Lying Detective’, in which it is assumed that Toby Jones will be making his series debut as the villain Culverton Smith.