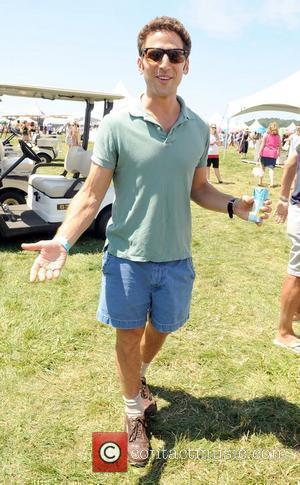 Actor Mark Feuerstein's baby daughter has been battling a rare heart defect since birth.
In 2009, the Royal Pains star and his wife Dana Klein thought then six-week-old Adelaide was suffering from colic until medications failed to work.
The parents took Adelaide to a cardiologist last March (10), and the baby was rushed to the Children's Hospital in Los Angeles, where she stayed for three months.
After various tests, the tot was diagnosed with anomalous origin of the left coronary artery arising from the pulmonary artery, or ALCAPA - a rare but potentially fatal heart defect.
She was allowed to return home in June (10) after undergoing multiple surgeries and Adelaide, now 16 months, is finally starting to show signs of normal development.
And her father is confident overcoming the early health problems have made her stronger than ever.
Feuerstein tells People magazine, "She fought the whole way. What obstacle in life will be hard for her? 'I failed a pop quiz?' Too bad! 'I had a heart defect!' Nothing can touch her now."