American dancer Mark Ballas is seen leaving 'Dancing With The Stars' practice in Los Angeles, with his celebrity partner, Kristin Cavallari. He sees her to her car and signs an autograph for a photographer. Although he tells the photographers that he's fine, he refuses to answer questions about his split from American Idol singer, Pia Toscano.

Mark Ballas first appeared on DWTS in 2007 and has since won two series, with celebrity partners Kristi Yamaguchi and Shawn Johnson respectively

Maksim Chmerkovskiy Attends A Concert With...

Mark Ballas Fine After Splitting From...

'Dancing With the Stars' Mark Ballas Marries BC Jean 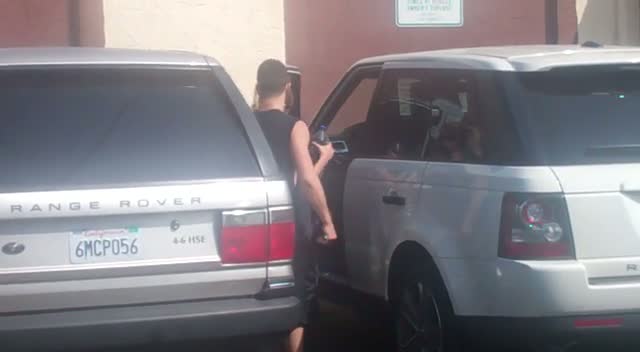