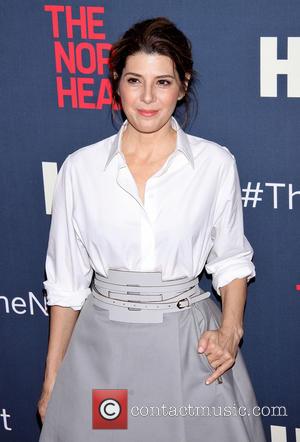 Actress Marisa Tomei had a nightmare drive from a sheep farm in Martha's Vineyard, Massachusetts with a lamb she was planning to slaughter and eat.

The Oscar winner was vacationing off the coast of Cape Cod after a Broadway run earlier this year (14) when she befriended a local chef and told him of her dream to watch him create one of his signature dishes from start to finish.

The My Cousin Vinny star explains, "We went to his cousin's farm and they (lambs) were in a nice, beautiful pasture, humanely raised, but when we got there we realised we had taken my car to pick up the lamb, instead of the pick-up truck... We had to get in my car and I had to drive this poor little lamb sitting behind me."

But Tomei refused to bond with the creature and went through with her plan to be involved in its death: "I held the lamb down... It didn't have an adverse effect on me... It was delicious."

Tomei's lamb tale hasn't impressed activists at People for the Ethical Treatment of Animals, who have added the actress to their list of celebrity targets.

Peta's senior vice president of communications, Lisa Lange, tells Wenn, "What an ugly thing it is to take pride in feeling nothing after causing the death of a young animal. Although Marisa Tomei's delight in her deadly deed is shocking, it is also rare in a time when most people are waking up to the fact that animals value their lives as much as we do ours."