Marion Cotillard wasn't a ''wild'' teenager and decided to be an actress so she could ''escape''. 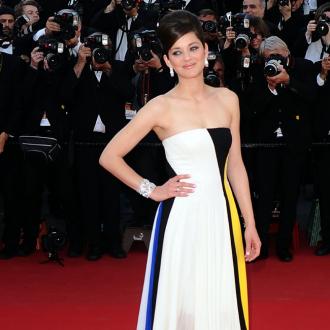 The 38-year-old actress admits she held herself back during her younger years and she turned to acting as a way of finding happiness, but she found that her choice in career allowed her to find her inner self and not hide behind her emotions.

She said: ''I was crazy, but I was not wild. I was not very sociable, not very happy either. I could do crazy things but in a way to destroy myself.

The brunette beauty believes her career took a turn for the better after she was offered the role of Tina Lombardi in 'The Very Long Engagement', which won her a French Cesar, and then playing Edith Piaf in 'La Vie en Rose'.

She explained to The Belfast Telegraph newspaper: ''I started to get proposals of good roles in America - and it was watching American films that first got me interested in acting.''