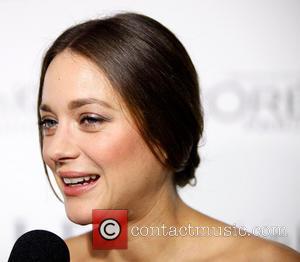 French actress Marion Cotillard was shocked to be offered a leading role in a new big screen adaptation of Macbeth because she struggled to understand William Shakespeare's classic text.

The La Vie en Rose star will portray Lady MACbeth opposite Michael Fassbender as the Scottish king in a reimagining of the stage tragedy, and Cotillard reveals it is her dream role.

However, the Oscar winner admits the language barrier meant she could barely understand the Bard's original lines.

She tells Britain's The Independent newspaper, "I knew that one day I would play Lady MACbeth, but in my mind it would be on stage and in French. I never thought that one day I would say the original lines, which took me ages to understand. I was very honest when I read the text for the first time. I called the director and said. 'Thank God I know the story, because I didn't get any of the words'. It's kind of crazy for them to ask a French actress to do that."