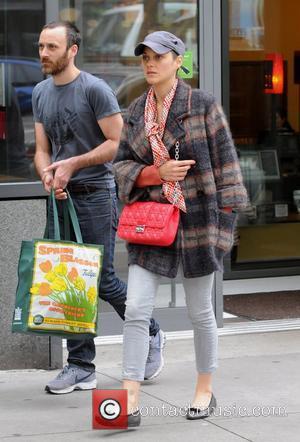 Actress Marion Cotillard struggled to put on a happy face while working with killer whales in upcoming French movie Rust And Bone because she strongly opposes holding animals in captivity.
The Oscar winner, who plays paraplegic orca trainer Stephanie in the new romantic drama, began filming the project in France last autumn (11) but she had just a few days to prepare her water-loving character due to her busy shooting schedule.
Cotillard reveals it wasn't easy learning to swim without the use of her legs.
She tells The Hollywood Reporter, "Training in the Mediterranean (Sea) was hard because I couldn't use my legs and there were strong currents, and it was freezing in October (11)."
However, far more challenging was Cotillard's need to overlook her deep-rooted beliefs about caging wild animals.
She says, "I arrived directly in Antibes (in southeastern France) where their Marineland water park is. I've always had a repulsion going in a place where animals are in captivity. I had to work through my rejection of this world, which I still feel. But I had a job."
Due to a fatal accident at Florida's SeaWorld Orlando in 2010, Cotillard was never allowed in the water with the whales because of safety concerns, but her fearless behaviour impressed director Jacques Audiard.
He adds, "The day we shot, it was no longer an actress that we had but a trainer of orcas. She blew me away."
The movie is set to premiere at the Cannes Film Festival in France later this month (May12).