Dior model and Academy Award winning actress Marion Cotillard has revealed that she isn't ''interested'' in being called beautiful. 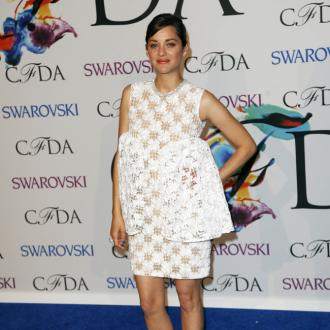 The Dior model-and-actress is not focused on how she looks and doesn't consider being attractive as something that is interesting because it's something that ''can't be changed''.

Talking to Stylist magazine, Marion shared: ''I'm never really aware because I'm not very interested in it. I don't need it. Sometimes people I work with read blogs, so I see the occasional thing about myself.''

The 38-year-old actress then joked: ''It makes me laugh because either way you can't change anything. It's not the end of the world if you look like s**t!''

Despite her disinterest, Marion's good looks have helped her grace the covers of Vogue, Elle, Marie Claire and even landed her a lucrative contract with French fashion house, Dior with her becoming the face of Lady Dior handbags in 2008.

Speaking of the fashion house's creative director Raf Simons, Marion explained how she already knows what she wants from Dior's Autumn/Winter 2014 collection.

She told the magazine: ''Oh yeah, a lot of things. I'm very impressed by the way Raf reinvents his world all the time. He's a very special person. The way he mixes his very modern vision of clothes and the Dior house is really, really impressive.''