Is French Actress Marion Cotillard In Line For A Second Oscar? 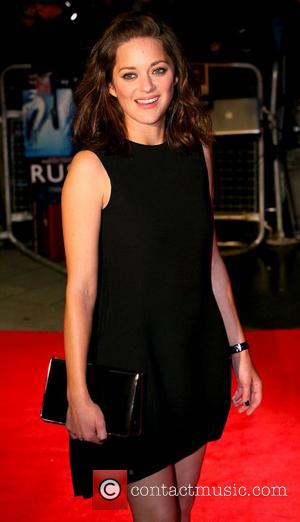 Marion Cotillard has admitted that she's harbouring dreams of receiving another Oscar award next year. You would think that it'd still relatively early days for the Oscars, with the 2013 awards ceremony not taking place until February 24th, but with film festivals now done with, the early front-runners are starting to be discussed both within industry circles and beyond.

Cotillard's new film 'Rust And Bone' goes on general release on November 2nd and there are some speculating that her performance in the forthcoming film could set her up to emulate her success of five years ago when she took a Best Actress award for her performance in Olivier Dahan's 'La Vie En Rose'. Cotillard plays a paraplegic in her new role, and critics have been impressed at the sensitivity that she brought to it. She's already set to receive the Hollywood Actress Award at the 16th annual Hollywood Film Awards on October 22nd and, according to Sky News, she'd love to continue that momentum into the new year in time for the Academy Awards.

Speaking about the challenging role, Cotillard said she was "immediately obsessed" with the script and found it inspiring "to get inside the head" of someone who loses their limbs in a tragic accident. She'll have four months to wait to find out if it was a good enough performance to nab a golden statuette.