Bad Boy Records’ singer/songwriter/super-producer Mario Winans’ steps out from behind the producer’s desk and into the limelight with the release on May 31st of his new single “I Don’t Wanna Know”. The single, which features Enya & P. Diddy, has already been an enormous hit in the US propelling pre-sales of Mario’s new album ”Hurt No More” to over 600,000. “I Don’t Wanna Know”, which features an Enya sample, was leaked at radio stations across the country earlier this year. Listeners immediately flooded stations with requests and “I Don’t Wanna Know” quickly became a huge national smash.

Winans has been best known for his hugely impressive list of production credits which includes Mary J. Blige, Whitney Houston, R.Kelly, Jennifer Lopez, The Notorious B.I.G. and P.Diddy to name but a few. His story began in his grandmother’s kitchen. “I was constantly banging on the pots and pans with wire hangers,” explains Mario with a laugh. “As far as I was concerned, I was playing the drums.” His fascination with percussion continued throughout his childhood, nurtured by his world-renown Winans gospel family, and during his teens he also learned to play piano, drums and keyboards. Mario’s turning point as a producer came when his mother, the famous gospel singer, Vickie Winans, brought home a room full of recording equipment. “I just taught myself how to operate every machine in there. And from then on, I was making beats constantly.”

Only one week after graduating from high school, Mario produced an entire gospel album for a local group. A trip to Atlanta resulted in a meeting with producer Dallas Austin who, impressed with the young

man’s production, signed him as an in-house producer. Work with R. Kelly soon followed and Mario quickly developed his reputation as a top-notch producer and songwriter. Mario never gave much consideration to becoming a recording artist but following a conversation with P Diddy, who had been a great admirer of his work, Winans signed to Bad Boy as an artist in his own right.

The culmination of a decade’s long journey is the Mario Winans’ BadBoy debut, Hurt No More. This is soul music that bridges the gap between thehard-edged flavour of modern day R&B music and the honest, vulnerable passionin the music of years gone by. Vulnerability is a key theme on Hurt No More.Mario brings an earnest, sincere approach to his music that hasn’t beenheard in years. “This record is about relationships, pure and simple. Weall have hearts. Sometimes we have to look deeper into what we’re sayingand doing to the people we care about. At the bottom of these fights, it’susually always something deeper.”

The album begins with his well-received first single, “I Don’t WannaKnow” (featuring Enya & P.Diddy), where he goes to a place that fewR&B singers have never gone before-the decision to face a woman’s infidelityand choosing to ignore it. Other standout tracks include “Three Days Ago”,an open letter to someone who is deeply missed, “Disbelief”, “Can’tJudge Me” and “Pretty Girl Bullsh*t”.

“I’ve been in a lot of the experiences on this record,” says Mario. “And I can talk about them. I can sing about them. As long as I’m making people feel, I’m doing what I was put here by God to do.” 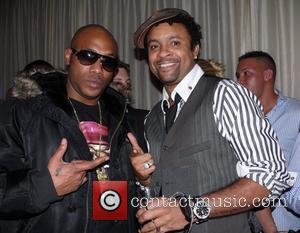