Marilyn Monroe's medical records go up for auction and reveal the model may have received cosmetic surgery. 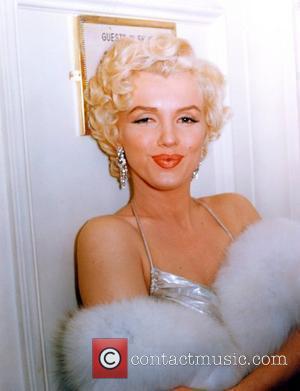 Marilyn Monroe's medical records will go up for auction next month in Los Angeles, California.

The medical records consist of 6 X-rays and a file of doctors notes from 1950-1962 which imply Monroe may have had plastic surgery.

According to Reuters, via Julien's Auctions, the medical history of the "Gentlemen Prefer Blondes" actress are expected to sell for an estimated price of $15,000 to $30,000 at an auction held on November 9th-10th.

The notes were written by Hollywood plastic surgeon Michael Gurdin and they heavily suggest Monroe went under the knife for cosmetic reasons in 1950 and two months before her death in 1962.

X-Rray's of Monroe's frontal facial bones and nasal bones taken after she fell in June 1962, indicate that the model may have received cosmetic treatment.

At the time a radiologist concluded there was no damage to her nose but a recent medical evaluation was carried out by the auction house reveals a fracture on the tip of her nose, which Beverly Hill plastic surgeon, Norman Leaf referred to in his memoirs as a "slight rhinoplasty".

Leaf's memoir was claims that Monroe underwent cosmetic surgery on her chin in 1950, he used the same notes as his medical partner, Michael Gurdin, who referenced cartilage implant in Monroe's chin, which he observed to have slowly begun to dissolve.

The seller is still unnamed and says he received these items as a gift from Gurdin.

Martin Nolan, the executive director of Julien's Auctions, said "Nobody really thought about Marilyn Monroe having plastic surgery. It was always speculation - did she or didn't she? They thought she was such a natural beauty, they didn't want to believe."

He also stated "Also at that time, going back to the 1950s, people didn't go for plastic surgery procedures, this is very, very new."

Reports also show doctors of the "How to Marry a Millionaire" actress used an alias during her appointments of the name 'Joan Newman' who was list her height as 5 feet, 6 inches and her weight as 115 lb. (52 kg).