It's the 90th birthday of Marilyn Monroe today; a Hollywood icon who remains a legend of showbusiness despite her flaws and her controversial life. This is an actress who has inspired and influenced so many, that multiple films have been produced depicting her life and career.

Here are just five of the best depictions of Marilyn in movies:

1. Kelli Garner ('The Secret Life of Marilyn Monroe') - A TV movie which aired on Lifetime in 2015, this film is based on the biography by J. Randy Taraborrelli. It also stars Susan Sarandon as Marilyn's mother Gladys Monroe Mortenson and focuses on Marilyn's relationships with her family - especially her mother - and her ability to keep so much of her private life out of the press. 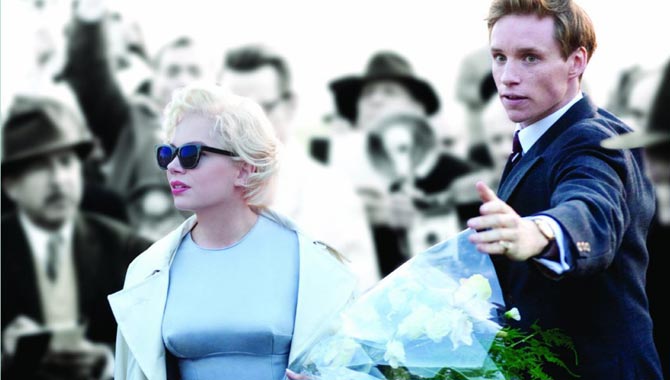 Michelle Williams won a Golden Globe for her depiction of Marilyn

2. Michelle Williams ('My Week With Marilyn') - The most notable movie about the legendary Hollywood icon in recent years, Williams starred alongside Eddie Redmayne in this big screen biopic in 2011. Set during the filming of 'The Prince and the Showgirl' in 1957, the film explores her trip around London escorted by a young university graduate called Colin, who takes pity on her after she is frequently berated on set and her husband flies back to the US without her. The film won Williams Best Actress at the Golden Globes.

More: Read our review of 'My Week With Marilyn' Poppy Montgomery starred in a fictitious story of Marilyn's life

3. Poppy Montgomery ('Blonde') - Another made-for-TV movie, 'Blonde' was adapted from Joyce Carol Oates' novel from the same year and is, by all accounts, a fictitious documentation of the actress' life - with just a few real events thrown in. Poppy Montgomery was a small-time Australian actress when she took on the role, but she has gone on to have starring parts in the TV shows 'Without a Trace' and 'Unforgettable'. 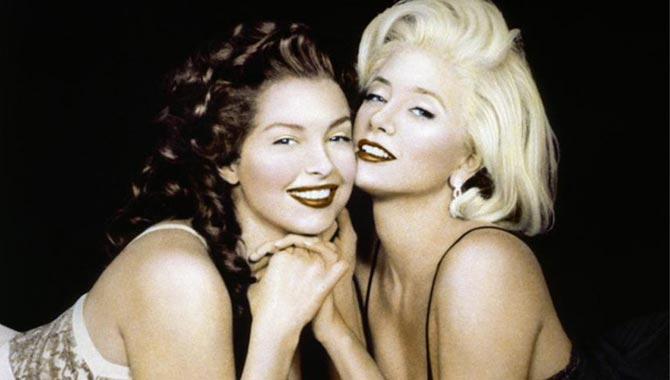 Ashley Judd and Mira Sorvino played Marilyn in this film

4. Ashley Judd ('Norma Jean & Marilyn') - This one aired on HBO in 1996 and also starred Mira Sorvino as the older Marilyn. It is partly based on 'Norma Jean: My Secret Life With Marilyn Monroe' by Eddie Jordan, and reflected Marilyn's inner struggle with fame and her Hollywood persona, with her real self Norma Jean (Judd) and her alter-ego Marilyn (Sorvino) frequently clashing.

5. Theresa Russell ('Insignificance') - An unusual depiction of Marilyn Monroe, this was a comedy drama directed by Nicolas Roeg and released in 1985. It's actually adapted from Terry Johnson's play and follows a bizarre exchange in a hotel room with Marilyn Monroe, American senator Joseph McCarthy, baseball player Joe DiMaggio and Albert Einstein.