The Cowardly Lion costume worn by Bert Lahr in 'The Wizard of Oz' is going up for auction on Monday (24th November).

Dollars and dollars and dollars! Oh my! There's a huge range of Hollywood memorabilia going up for auction on Monday (24th November). So if you have a few thousand dollars burning a hole in your pocket why not treat yourself to costumes from The Wizard of Oz or Sam's piano from Casablanca? 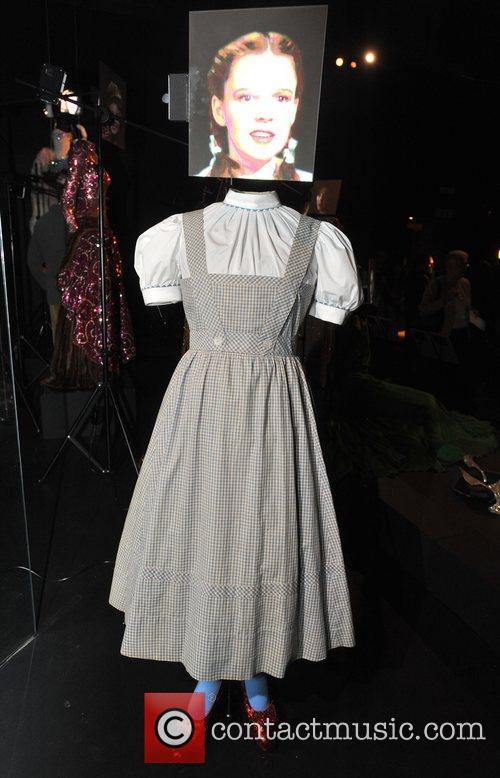 A similar version of Judy Garland's dress pictured above is up for auction next week.

The Cowardly Lion costume worn by Bert Lahr in The Wizard of Oz is going to be the main draw at an auction of Hollywood memorabilia. The costume is being auctioned at Bonham's in New York on Monday (24th November).

The costume, according to a press release on the auction house's website, is made of actual lion fur and was rediscovered in an MGM back lot years after The Wizard of Oz was released. The costume comes complete with realistic mannequin, with the facial likeness of Lahr, and its own specialist crate for transportation.

Those of you thinking it'd make an ideal fancy dress costume will be disappointed to learn the costume was constantly drenched in Lahr's sweat during filming. Bonham's explains how, under the bright lights of the MGM studio, Lahr would perspire profusely and his "costume had to be placed in an industrial drying bin overnight so that the perspiration could be dried before the next production day."

Other Hollywood memorabilia in the auction includes Sam's piano from Casablanca, Clarke Gable's riding coat from Gone With the Wind, a costume worn by Marilyn Monroe in River of No Return, a cocktail dress worn by Grace Kelly in Mogambo and Orson Welles' directors chair.