The truth is stranger than fiction when it comes to the shock rocker.

He went from plain old Brian Warner to shock rocker Marilyn Manson, building up many myths around his stage persona. But behind the makeup there’s plenty to learn about the self-proclaimed Antichrist Superstar, including his movie star BFF and his talents off the stage. 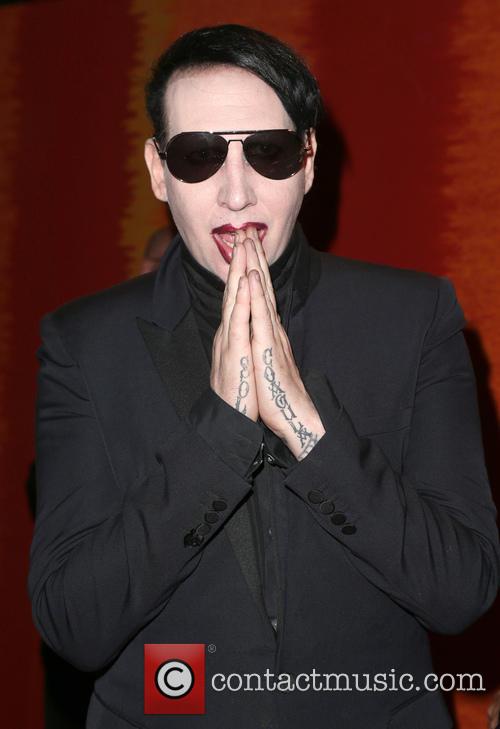 1. His first career choice wasn’t music - Before becoming rockstar Marilyn Manson, Brian Warner was a music journalist. He got his start working for South Florida magazine 25th Parallel, where he would interview Nine Inch Nails frontman Trent Reznor - who would end up producing the first Marilyn Manson album ‘Portrait of an American Family’.

2. He was given an honorary priesthood by the Church of Satan - In 1994 Manson received a call from Church of Satan founder Anton LaVey, telling him he wanted to make him a Reverend in the church - which involved being given a crimson card certifying him as a minister. Manson later wrote in his autobiography that "it was like an honorary degree from a university.”

4. Has an absinthe brand called Mansinthe - Mason’s favourite drink used to be absinthe and he loved it so much he created his own brand, Mansinthe. The Swiss-made brand even won a gold medal at the 2008 San Francisco World Spirits Competition. However, as of 2015, Manson said he had given up drinking absinthe.

5. Johnny Depp is his BFF - Johnny Depp and Manson have been best friends for years, even recording music and performing on stage together. They also have 2 sets of matching tattoos - the phrase “no reason” on their wrists and what Manson described to Rolling Stone as, “Charles Baudelaire, the flowers of evil, this giant skeleton thing,” on their backs. He explained to the magazine, “People say to us, ‘Why did you get that?’ And we say, ‘No reason.’”

6. He’s a godfather - Speaking of Johnny Depp, Manson is also the godfather of the actor’s oldest daughter, actress and model Lily-Rose Depp.

7. He can also act - Manson has made numerous appearances in TV shows and films including ‘Jawbreaker’, ‘Party Monster’, ‘Sons of Anarchy’ and ‘Salem’.

10. His makeup stopped him from visiting a German cathedral - In 2007 during a visit to Cologne, Germany for an art exhibition, Manson was reportedly denied entry into the city’s famous cathedral because of his makeup. He later told the German press the Cologne Cathedral was, "one of the most beautiful places I have seen so far,” despite being denied admittance.