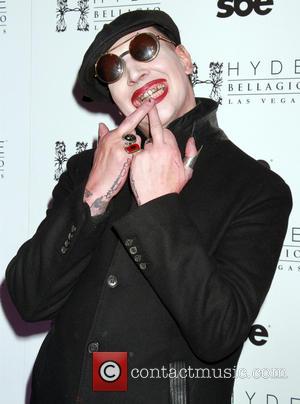 The shock rocker and his creative team shunned regular CDs in favour of the black polycarbonate discs originally used for first generation Sony PlayStations in 1994.

The move made it more difficult for music pirates to copy the album as the discs are thicker than average, and Manson also wanted to use the technology to make the record to change colour.

Hassan Rahim, an art director for The Pale Emperor's disc and case, tells Kill Skin Daily, "When you open the CD it's pitch black, but we also added a thermal texture on top - after it gets hot during playback, the disc comes out all white. The contrasting textures definitely speak for themselves when you hold the piece."