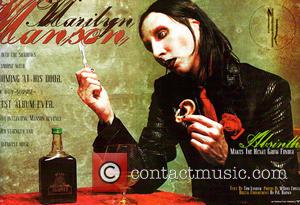 Shock rocker Marilyn Manson trashed a family hotel in North Carolina and left sex toys strewn around the room while shooting a cameo for Tv comedy Eastbound & DOWN with pal Danny McBride.

Funnyman MCBride insists the Rock is Dead singer was the perfect gentleman on set and appeared to be enjoying his acting stint, so he was shocked when he received a call from the hotel's manager shortly after Manson checked out.

"The lady said there was a pizza on the ceiling, red liquid everywhere, there was broken glass and there were sex toys but she wouldn't describe exactly what they were."

MCBride is convinced Manson felt the need to do something outrageous in his hotel room to make sure his hardcore image and bad reputation remained intact.

He adds, "He was so friendly and nice I was like, 'I wonder if there's a little element that he has to sort of portray that crazy edge?'

"I just imagine he was sitting in his hotel room reading his Kindle, catching up on Downton Abbey and check-out time comes and he pulls out all the Satan toys and destroys the room."