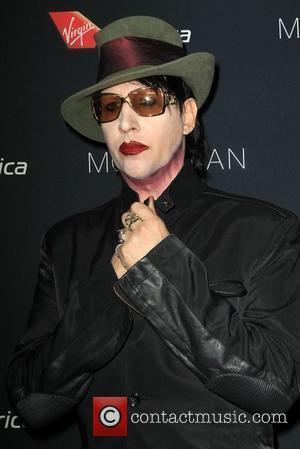 Marilyn Manson gave fans of both his work and legendary 60s psychedelic rock group The Doors a treat, by inviting two of the original members of the latter on stage with him at the Sunset Strip Music Festival in Los Angeles. It was a good job too, because according to The Los Angeles Times, the crowd hadn't hitherto been impressed by the metal star's performance. Describing his performance, they wrote "on Saturday he seemed like a vampire awakened during daylight: groggy and out of it."
Trying to ascertain whether the crowd were on drugs, Manson was apparently taken aback when they replied with a clear "no." Thankfully he had Doors legends Ray Manzarek and Robby Krieger to call on from the wings, and they certainly perked up the set by playing three of their old band's back catalogue, 'People Are Strange', 'Love Me Two Times' and 'Five To One'. The appearance of the old legends was poignant; The Doors, after all, are one of the bands most strongly associated with L.A.'s famous sunset strip where the festival is located.
Nevertheless, as far as Manson goes, it sounds as though the one-time shock-artist seems to be struggling to captivate crowds the way he used to. The appearance of Manzarek and Krieger, The Los Angeles Times commented, "only made Manson's shortcomings more obvious."