Marilyn Manson was honoured at the Kerrang! Awards with a lifetime achievement award.

Marilyn Manson received a lifetime achievement award at the Kerrang! music awards on Thursday (11th June). The US rocker was honoured at the awards ceremony, held at the Troxy in east London. 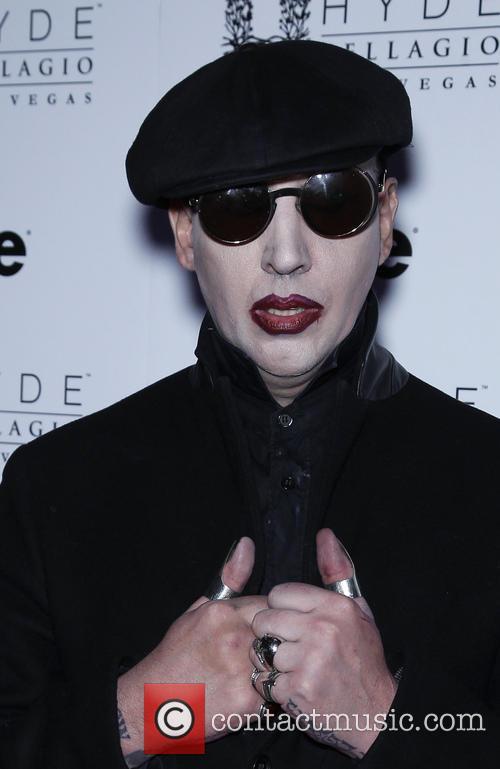 Marilyn Manson was presented with a lifetime achievement award at the Kerrang! Awards.

The 46-year-old’s career has spanned more than two decades and he’s still going strong. Manson released his last album, The Pale Emperor, in January of this year and is performing at Download Festival this weekend (12th-14th June).

The award was particularly significant to Manson, whose birth name is Brian Warner, as many of his influencers are from the UK and have reached widespread recognition because of Kerrang! Manson alluded to this in his acceptance speech.

"Most of the music that's inspired me - goth music, glam music, it all originated from here so there's a power and an energy that comes from this part of the world and Kerrang! magazine has really exemplified that,” Manson said (via Reuters).

Other winners on the night included Alice Cooper who received the Kerrang! Legend Award and Judas Priest who were honoured with the Inspiration Award.

US band All Time Low won two awards for Best Event (with You Me At Six as co-headliner) and Best International Band. The Best British Newcomer was won by Royal Blood and the Best British band was awarded to Bring Me The Horizon. Another British band, Rolo Tomassi, from Sheffield won the Relentless Award. PVRIS won the award for Best International Newcomer. The Best Album Award was won by the Marmozets with The Weird And Wonderful Marmozets.

Read More: The Smashing Pumpkins And Marilyn Manson Team Up For The End Of Times Tour.