Marilyn Manson punched in the face

Marilyn Manson was punched in the face while enjoying a late-night meal in the early hours of Sunday morning (05.04.15). 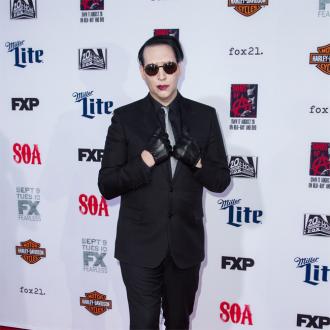 The 46-year-old musician was enjoying a post-show snack at a Denny's restaurant at approximately 2am in Alberta, Canada, when a man allegedly hit him and elbowed his make-up artist in the face.

According to gossip website TMZ, sources said the 'Tainted Love' singer had become involved in an argument with two female diners in which he called one of them a ''b***h,'' which led to her boyfriend becoming violent.

However, the musician's manager insisted the attack was unprovoked, and said he had simply been taking a photo with the two women when the man approached him.

After the incident, it has also been reported the man threatened he would be ''blowing up Manson's next concert,'' which took place on Monday evening (06.04.15) in Saskatoon.

Although local police acknowledged a disturbance at the diner, no arrests were made, but Marilyn's manager revealed both the singer and his make-up artist will shortly be returning to Alberta to speak to police and press charges.

The controversial star is currently on his 'The Hell Not Hallelujah Tour' across North America, which will end next month before he travels to Europe to perform at several festivals.