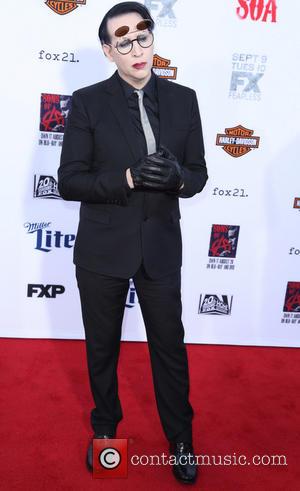 Picture: Marilyn Manson - The stars of the hit FX series ‘Sons of Anarchy’ were photographed on the Red Carpet at the TCL Chinese Theatre, in...

Shock rocker Marilyn Manson hates the festive season so passionately he once burned a Christmas tree, painted another black and wants to shoot Santa Claus.

The star's birthday falls in the festive period which he attributes to his loathing of the merry time of year.

Manson, real name Brian Warner, tells NME.com, "Christmas is a holiday that I really don't like. It's right before my birthday so as a child I was forced to accept one gift rather than two and I've had much more fun at non-religious holidays... I have burned a Christmas tree before, I have painted one black.

"I also like to tell people what their gifts are before I give them to them... I hate giving gifts... If Santa Claus came down my chimney I'd shoot him as a burglar. The end."