Marilyn Manson and Johnny Depp found covering 'You're So Vain' ''amusing'' because they felt it summed up people's attitudes toward them. 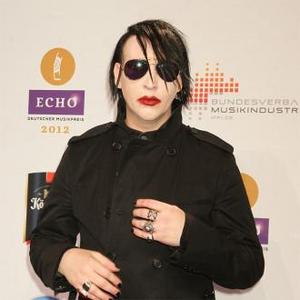 The rocker and the actor have collaborated on a version of Carly Simon's classic song - which features as bonus material on the 'Beautiful People' hitmaker's new album 'Born Villain' - and Manson thinks the track is a perfect representation of how people think of himself and his pal, who plays drums and guitar on the recording.

He said: ''We started jamming - I don't even like to use that word because I think it sounds too musical and I consider myself to be more of a problem-maker than a musician.

''We ended up thinking, what could we do that would be really amusing to both of us because of what people think about us? 'You're So Vain' really says it all.''

Marilyn Manson's last two albums, 'Eat Me, Drink Me' and 'The High End of Low', received disappointing reviews and poor sales, and the singer admits he went through a ''confusing'' time but is now confident with himself again.

He told CNN: ''I fell into a confusing state where I didn't want to be who I was. I needed to be the person I'm going to be, the person I should be. I had to accept that this is what I am. And it took me the humility to say I have to make a comeback.

''On the last two records, I think I started to write songs to make people feel like I was feeling rather than to make them feel something. And I was feeling like s**t, so that was a really stupid thing to do''