The Rock Am Ring Music Festival In Germany Was Thrown Into Chaos Shortly After Marilyn Manson Left The Stage In The Early Hours Of Saturday (06jun15) When Lightning Strikes Hit The Venue And Left 33 Injured. 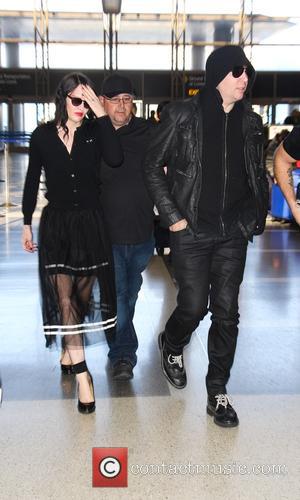 The first strike hit the backstage area at the event in Mendig shortly after shock rocker Manson finished his set at around 1am local time, and eight members of the festival's production team were injured.

Organisers subsequently called off the rest of the night's performances and put up lightning-proof tents in a bid to protect gig-goers, but a second bolt hit hours later in the festival's campsite and 25 revellers were hurt.

The injured were taken to a local hospital for treatment, but no one is believed to have been seriously hurt.

The festival continued on Saturday (06Jun15) and is due to be closed by Foo Fighters and Slipknot on Sunday (07Jun15).