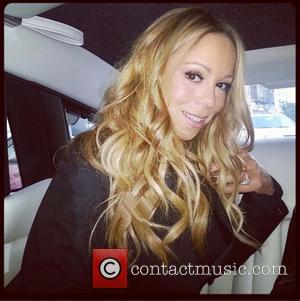 Well that didn’t take long now did it? As expected, Mariah Carey and Nicki Minaj wasted no time going in going head-to-head during the first day of shooting on American Idol on Sunday (September 16, 2012). Possibly proving correct the theory that there’s room for only one ‘diva’ on the ‘Idol’ panel, the pair began feuding almost immediately – according to TMZ.com – with Mariah interrupting the ‘Pink Friday’ rapper on numerous occasions. However, each time the 42-year-old attempted to take the spotlight, Queens-born Minaj fought back by talking even louder. One insider privy to the first day of filming said “Mariah and Nicki tried to cover their disdain for each other but everyone saw through it,” adding, “These girls just don’t like each other.” You may recall TMZ.com reporting on the new judging line-up a couple of months back, with a source claiming Carey had literally slammed down the phone when producers told her Minaj had been hired. The two are part of a new look judging panel for the Fox reality singing show, with country crooner Keith Urban and Randy Jackson also providing their expertise. Though questions about Carey and Minaj’s suitability on the same panel will inevitably remain, it’s likely that Fox bosses are already rubbing their hands together with glee at the prospect of a diva-feud. Ratings, ratings, ratings.