Nick Cannon: 'I Won't Let Mariah Do Idol For Less Than $100 Million' 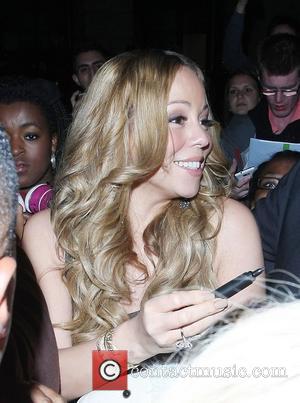 Mariah Carey's husband Nick Cannon has confirmed the pop superstar is in talks to become a judge on TV talent show American Idol - but he insists she won't come cheap.
The Hero singer has been linked to the chair vacated by Jennifer Lopez last week (13Jul12) and her husband, who hosts rival talent show America's Got Talent, admits she is interested.
But he is keen to make sure Carey's potential move to TV is a worthwhile one - and he's not left holding their twin babies.
He says, "They want her, I know that... but I ain't letting her outta the house for less than $100 million.
"They've (producers) got to step up if they want that. That's Mariah Carey, she's got more number ones than anyone ever. She's the biggest singer/songwriter in the history of music; that's worth something.
"And who's gonna watch my kids if she goes on American Idol?"