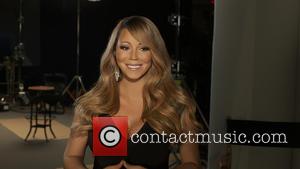 Mariah Carey’s released the lead-off track from the film Oz The Great And Powerful, which also doubles as her new single, ‘Almost Home’.

If you hadn’t guessed, the title is an homage to the film’s original character Dorothy who found herself on the yellow brick road all the way back in the 1930’s. The new film is a prequel to that original Judy Garland-starring film (they don’t make actresses like her anymore), and Carey’s accompanying track is a sassy, shimmering 80’s synth laden pop tune that’s buoyant in its energy, pushed forward by a bouncy rhythm, Carey’s recognizable vocal soaring over the top of it. Nice work Mariah!

The song is the first new material from Carey since 2012 single ‘Triumphant’. An album has been in the works, but as her producer Bryan-Michael Cox explained to MTV last year, her pregnancy put things on hold. “She was committed to making it before she got pregnant. Then she got pregnant and she took the time off," he said. "Then after she came back, we started really vibing again and we picked up right where we left off. I just feel like between Jermaine [Dupri], myself and her, we came up with a few things that [are] really, really a solid body of work." Interestingly this new single is quite different from the hip-hop leaning ‘Triumphant’, which featured appearances from Rick Ross and Meek Mill. It’ll be interesting to hear the album upon its eventual release. No date has yet been set. Listen to the new single below: