Mariah Carey has announced her new album will be called 'Me. I Am Mariah... The Elusive Chanteuse'. The record will chronicle the singer's ''peaks and valleys'' throughout her life. 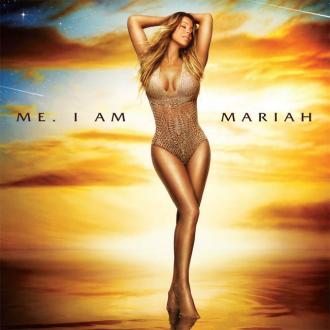 Mariah Carey has named her new album 'Me. I Am Mariah... The Elusive Chanteuse'.

The 44-year-old singer has announced the ''personal'' title for her 14th studio album, which will be released next month.

'The Elusive Chanteuse' is Mariah's latest nickname for herself, following previous monikers such as 'Mimi' and 'MC'.

The '#Beautiful' hitmaker says 'Me. I Am Mariah' is one of her most personal records to date as it chronicles the ''peaks and valleys that have made who I am today''.

The back cover of the album features a sweet drawing Mariah created when she was just three years old.

In a YouTube video announcing the title, the high-octave diva refers to the drawing as her ''first and only self-portrait''.

She explained: ''It was a creative visualisation of how I saw myself, with the purity of a child's heart before it was ever broken.''

The then three-year-old Mariah captioned the picture by scribbling, 'Me. I Am Mariah', which inspired the first half of her album title.

Two further singles, 'The Art of Letting Go' - which was also the album's original title - and 'You're Mine (Eternal)', were released but stalled in the charts.

The record will feature collaborations with Nas, Wale, Fabolous and even the singer's three-year-old twins, Monroe and Moroccan.

Mariah Carey's 'Me. I Am Mariah... The Elusive Chanteuse' tracklisting: