Mariah Carey to receive star on Hollywood Walk Of Fame

Mariah Carey will receive the 2,556th star on the Hollywood Walk of Fame. 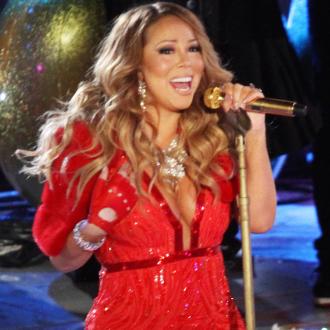 Mariah Carey will receive a star on the Hollywood Walk of Fame.

The 45-year-old singer will get the 2,556th star, the Hollywood Chamber of Commerce has announced, and it will be unveiled in a ceremony on August 5.

The 'We Belong Together' hitmaker - who has achieved 18 number one singles in the US since the start of her career, more than any other artist - is currently performing at her Las Vegas residency and explained the show has stopped her from starting work on her 15th studio album.

She said: ''I haven't started writing my all new album yet. Currently I'm absorbed in making my show, '#1 to Infinity', the most fun for my fans as possible.''

However, the star hinted she may be more eager to head back into films instead of music when her residency ends, having previously starred in 2001's commercial and critical flop 'Glitter' and 2009 Oscar-winning drama 'Precious'.

Asked whether she wants to do more films, she told Gay Vegas magazine: ''I would love to! I love acting. It's a totally different way for me to express my creativity.''