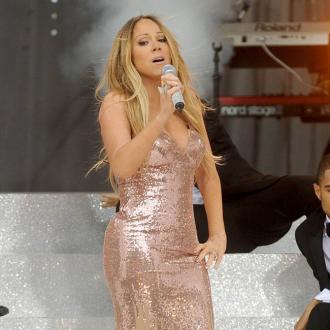 The singer is reportedly disappointed in her label, Island Def Jam, after they failed to promote her new record '#Beautiful' enough and the release date of her new album 'The Art of Letting Go' was pushed back, according to the New York Post newspaper.

Speaking to the New York Post newspaper, a source said: ''No one's really scrambling to renegotiate her contract or put her music out.''

Mariah announced she was delaying the release of her 14th studio album on Twitter last month as she didn't feel it was ready and wanted to ensure it was to the best of her ability.

She said: ''While making this album, I got so immersed in the creative process that I just don't feel I would be doing it justice to release it on 7/23 (sic).

''I'd rather not exclude meaningful songs. I want to give you this album as it's meant to be heard.When I'm ready, you'll be the first 2 know! (sic).''

Meanwhile, the 43-year-old singer was rushed to hospital last week after cracking a rib and dislocating her shoulder while shooting her new music video for her remix single.

The singer's husband Nick Cannon, who directed her new video, previously revealed she acted like a ''trooper'' after her accident.

He said: ''She's such a trooper. I was going to rush to the hospital with her, [but she said,] 'You get back in there and finish that video!' Then, after they put [her] shoulder back in place, bandaged her all up, she came back to the video early in the morning and finished out everything.''