The Grammy-winning, multi-platinum selling singer will also be making a guest appearance in the next season of 'Empire', it was revealed.

Mariah Carey chose a blazing hot day to receive the honour of a star on the legendary Hollywood Walk of Fame, but there was more in store for fans as one of the ceremony’s special guests revealed that the singing superstar would be making a guest appearance in the second season of ‘Empire’!

At the unveiling of the 2,556th star at the corner of Hollywood Boulevard and Argyle Avenue on Wednesday morning (August 5th), she was accompanied by her four year old twins Moroccan and Monroe. As small children tend to do, both threatened to upstage the Grammy Award-winning singer by taking turns to grab the microphone and adorably proclaim “I love you, mommy!” 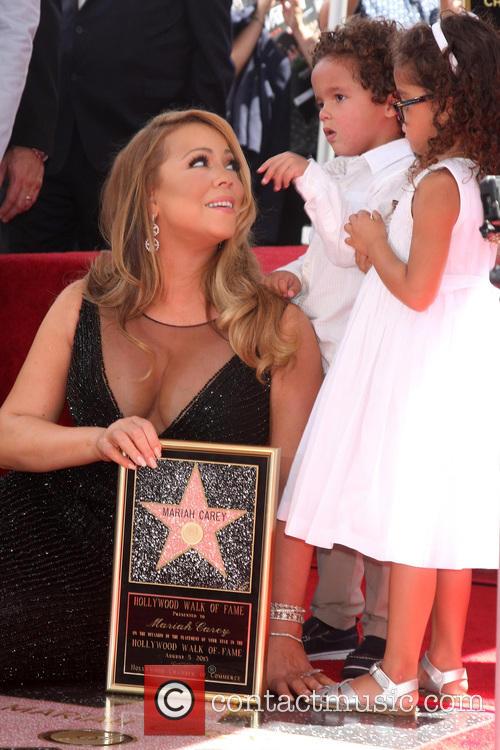 Mariah Carey with her two children, Moroccan and Monroe, at the ceremony

It was during the tributes that Lee Daniels, who co-created, directed and produced the smash series ‘Empire’ for Fox and who directed Carey herself in the 2009 movie Precious, revealed the singer’s guest appearance. “Watch her on ‘Empire’, guys!” he added to his remarks in front of cheering fans.

Mariah’s record label boss, Epic’s CEO L.A. Reid, described his own comments as a “love letter to my favourite artist in the world”, while BET president of programming Stephen Hill added a tribute. Video director Brett Ratner, who has made no fewer than nine of Mariah’s music videos over the years, claimed that he had a “theory that all of her songs are about me”.

Citing ‘Fantasy’, ‘Heartbreaker’ and ‘Dreamlover’, he said: “She is a singular artist who has moved people all over the world. We share a birthday one day apart. I consider her a sister… so tabloids back off. It’s not true.”

Mariah herself then made some comments, trying her best to resist the charms and attention of her kids while doing so. “I better get through with this before the kids want to come up and talk again!” joked Carey. “Thank you so much, really, everybody for being here. You’re making me cry. This is a huge honour and a childhood dream come true.”

More: Mariah Carey to play first ever gig in Israel