Mariah Carey is paying out a reported £115,000 to send her eight dogs on a luxury holiday in the UK. 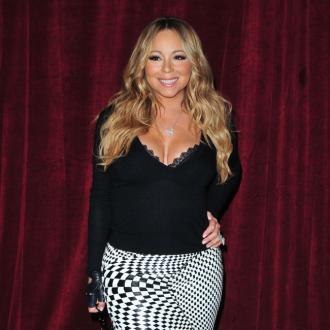 Mariah Carey is splashing out £115,000 to send her pet dogs on a luxury holiday.

The 44-year-old singer is set to spend £100,000 jetting her eight pooches from the US to the UK as well as forking out £15,000 on a lavish stay at dog hotel The Paws Seasons in Bristol, South West England.

An insider told heat magazine: ''They'll be washed, groomed, taken on day trips, sleep in their own hotel beds and the chef will cook them personalised meals, according to a menu plan Mariah's sending over.

The canine hotel usually charges owners around £60 a day but they were more than happy to order in some extra organic steaks to suit the expensive taste of Mariah's dogs, who are named The Good Reverend Pow Jackson, Mutley P. Gore Jackson The Third, Jill E. Beans, Pipitty Jackson, Cha Cha, Jackie Lambchops, J.J. and Squeak E. Beans.

The Paw Seasons explained: ''Most of our guests arrive with a good supply of their usual food, but if [clients] want us to order in a couple of juicy organic steaks, we'll organise it.''

Mariah is no stranger to splashing the cash on her four-legged friends as it was recently revealed the singer - who has three-year-old twins Moroccan and Monroe with husband Nick Cannon - pays out £28,000 a year getting her dogs groomed.

A source said at the time: ''Mariah pays for all the spa therapies herself and doesn't expect any special treatment. Only her dogs get that.''