Mariah Carey is currently in a New York City hospital, where she has been since Sunday (July 7) suffering from a shoulder injury. The diva was shooting her next music video in the Big Apple when the accident took place and was quickly rushed to a nearby hospital late that night to receive treatment. Her rep says she's doing fine. 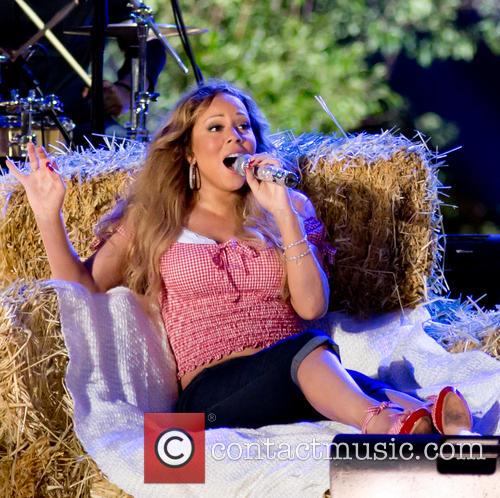 Carey was shooting her part for the video for a remixed version of her song '#Beautiful' with rapper Young Jeezy, who performed his version of the song with Mariah and original '#Beautiful' guest Miguel at the BET Music Awards. Unfortunately, the video shoot - which was being directed by her husband Nick Cannon - had to be put on ice following the unspecified injury to the singer's shoulder. On Monday (July 8), a rep for the singer revealed the "doctors reset her shoulder" and that "she is fine."

The diva was scheduled to perform this coming Saturday (July 13) with the New York Philharmonic Orchestra as part of the 2013 MLB All-Star Charity Concert at Central Park's Great Lawn and despite her recent trip to the hospital, the singer will apparently still go ahead with the performance. The benefit concert will this year look to raise funds for victims of the Superstorm Sandy.

Watch the video for '#Beautiful (#Hermosa)'

Mariah isn't just making remixes of her last single, as the diva is also set to release her new album later this year too. The original '#Beautiful' peaked at No. 15 on the Billboard's Hot 100 chart and spawned the first remix '#Beautiful (#Hermosa),' which also featured Miguel's guest vocals. No word on when the new video or the new album will come out yet.