Mariah Carey and Nick Cannon have sold their sprawling Bel Air mansion for $10 million, more than $3 million than they paid for it in 2009. 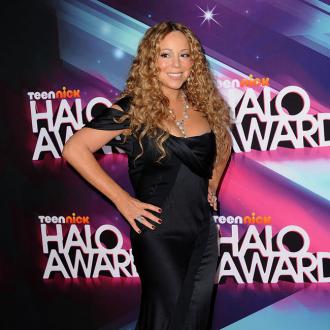 Mariah Carey and Nick Cannon have sold their Bel Air mansion for over $10 million.

The superstar singer and her TV presenter spouse have earned a cool $3 million profit by selling their lavish estate, according to TMZ.

The couple - who have three-year-old twins Moroccan and Monroe - bought the house for $7 million in 2009, a year after they wed, but are now planning to uproot from the West Coast permanently and live in New York City.

The $10 million payday is significantly lower than the stars' asking price as they initially put the pad on the market for $13 million.

The sprawling Californian home boasts its own cinema room, a gym, an indoor basketball court and a putting green.

The mansion also boasts a luxury outdoor swimming pool, the bottom of which is monogrammed with Mariah's initials, MC.

Nick, 33, recently revealed he doesn't want his twin children to follow in their parents' famous footsteps and is hoping they pursue careers as scientists.

''A nuclear scientist - can I get one of those? Can I get a heart surgeon in the family?''