Friends of Mariah Carey are concerned she will get her heart broken by James Packer. 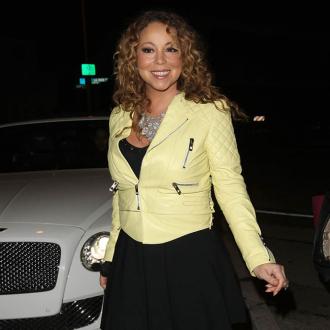 Mariah Carey's friends are worried she will get her heart broken.

The 45-year-old singer, who split from Nick Cannon last summer after six years of marriage, recently started dating Australian billionaire James Packer, but her pals are worried he won't be able to handle her diva-like attitude for long.

A source said: ''[James] gets bored quickly. If Mariah brings any drama, it'll get old for him fast.''

The couple are currently smitten with one another after spending the last few weeks sailing around the Mediterranean with her four-year-old twins, Monroe and Moroccan, and Mariah loves the fact he has a $6 billion fortune.

The insider told OK! magazine: ''She loves a guy with money - more than her, even better. Everyone is just hoping James won't be spending it with another woman next month.''

James won the 'Fantasy' hitmaker's heart after they were introduced by mutual friend Brett Ratner following one of her concerts in Las Vegas in May and the duo are said to have already discussed marriage.

A source recently said James, who was previously linked to top model Miranda Kerr, believes Mariah is the one and wants to walk down the aisle with her as soon as her divorce from Nick is finalised later this year.