Mariah Carey's 'All I Want For Christmas' song is set to be made into a movie, and the star is believed to narrate and produce the production. 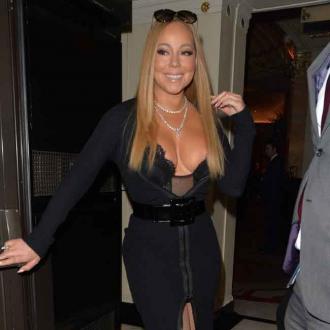 Mariah Carey's 'All I Want For Christmas' song is set to be made into a movie.

The golden-haired powerhouse released the popular track in 1994, and over 20 years later the blonde beauty has revealed the single will be transformed into a film.

The star announced the news on social media on Tuesday (21.03.17). She tweeted: ''My song is becoming a movie! You're the first to hear about this exciting news! Follow @AllIWantMovie for more updates. #AllIWantMovie (sic).''

And it has been reported by Sky News the production will be an animated movie, and will star Breanna Yde, who will provide the voice over for the songstress.

The plot will follow Mariah decide on her ideal Christmas gift, which is a puppy she has seen and pined for after

seeing the four legged animal in a pet shop.

However, Mariah has to prove she is capable of caring for another being before she is gifted the pet, and has to care for a dog called Jack.

And the artist - who has twins Monroe and Moroccan, both five years old, with her former partner Nick Cannon - is reportedly set to be on hand with the creative side of the production, which will see her produce and also narrate the movie.