Carey became engaged to the billionaire businessman earlier this year.

Mariah Carey has revealed that her billionaire fiancé, Australian businessman James Packer, is a big fan of her music. The couple became engaged in January, after less than a year of dating, and they're currently busy planning their wedding, while Carey also films her first reality show for E!. 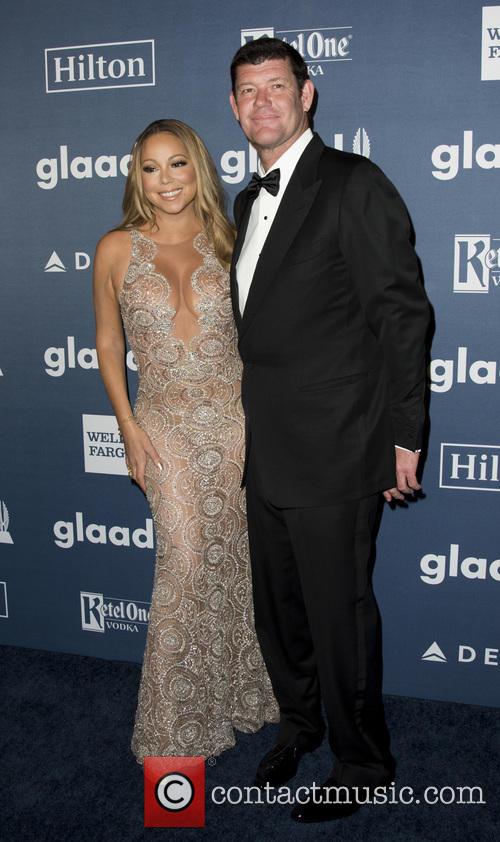 Speaking to Complex magazine, Carey said that Packer had long been “obsessed” with her music and even listens to different playlists of her while he travels. Carey added that she wasn't scared off by him being a huge fan as it actually makes things easier.

“Actually, if he didn’t like my music, then how would I be able to handle him being around when all I’m doing is creating?” she said. “It’s cool.” Carey didn't reveal much else about Packer, except describing him as “a private businessman” and adding, “there are a lot of things with his companies that I just can’t talk about. It’s just not good for me to do.”

When asked if there were complications involved when two highly successful people decide to get married, Carey said: “We would like for it not to be a big thing, but the reality is it has to be. Because there’s things that are specifically mine, and he’s got huge friggin’ conglomerate stuff and I’m not looking to take that from him."

“So it has to be dealt with. Anytime you get married to somebody it does, and I should know. This’ll be marriage number three. My bishop said to me, ‘I don’t want you to go Elizabeth Taylor on me!’ I said, ‘I’m not’—and then I said ‘Bye.’”

Carey’s first marriage was to music executive Tommy Mottola, from 1993 to 1997. In 2008 she married Nick Cannon and the couple became parents to twins Moroccan and Monroe in 2011. Three years later they announced their separation and their divorce still hasn't been finalised.

Reflecting on their marriage Carey said: “I never thought I would have babies with someone and then get divorced. Like, ‘Oh, great job. Repeat your past. But life happens, and it was supposed to happen. It’s fine," she added. "For my children, I wish it hadn’t happened that way.”