Mariah Carey has released the track listing and artwork for her upcoming album. In an audio recording she explains the artwork and unusual album title.

Queen Diva Mariah Carey has released the artwork and track listing for her upcoming album, titled 'Me.  I Am Mariah...The Elusive Chanteuse'.   Yep, that's really what she's called it.  There seems to be a little photoshop at play on the album cover, we’re almost certain that Mariah isn’t 6 foot 2 with legs like Elle Macpherson. We’ve not come to expect anything less from her though, so this isn’t too much of a surprise. 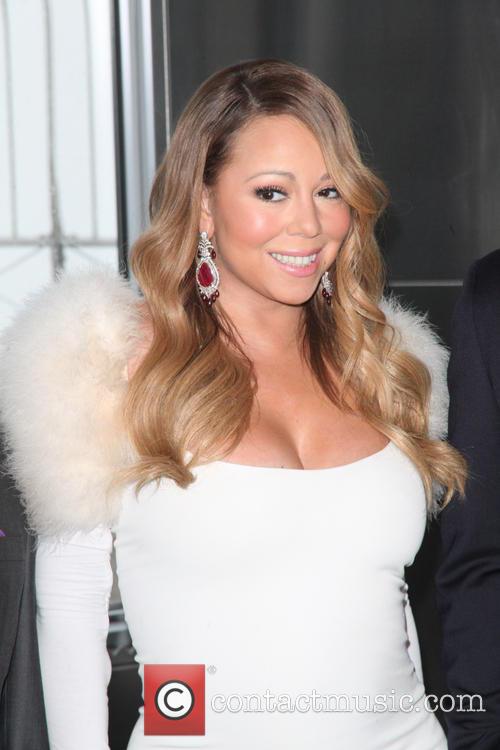 Mariah Carey has released the title, track listing and artwork for her upcoming album

On the back cover is a self-portrait of the singer, allegedly the only self-portrait she has ever drawn. Above it the words, “I am Mariah.” Scribbled when she was just 3 and a half, the singer asks us not to judge the simplicity of the drawing, and explains in a short audio clip, “C’monnn, I was only 3 and a half. It was a creative visualisation of how I saw myself with the purity of a child’s heart before it was ever broken.” So, yeah, it’s a scribble.

Throughout the audio recording Mariah breathlessly explains the artwork and title of the album, all the while strange canned chuckles chime up each time she says something we assume she means to be a bit funny. If you have to put in the laughs, they probably weren’t there to begin with.  Just sayin'.

MORE: Mariah Carey's children will feature on her album

She continues to explain how she came up with the name of the album. “I’ve been through a lot, but I’ve always known me. I am Mariah.” She catalogues past nicknames, including Mimi and MC, before saying, “Lately they’ve been calling me ‘the elusive chanteuse.’” Question. Who is ‘they’?

Listen to Mariah explaining the artwork and title of her album

The upcoming album features guest appearances from Nas, Miguel and Wale as well as production from Jermaine Dupri, Rodney Jenkins, Hit-Boy and Mike Will Made It. So, for the track listing:

Me. I Am Mariah…The Elusive Chanteuse track listing:

18. Me. I Am Mariah…The Elusive Chanteuse

Nothing too Mariah-esque on there, we are wondering how she's going to sing track number 4.  Will she sing the word 'hashtag' or is just for the track title?

'Me.  I Am Mariah...The Elusive Chanteuse' will be released May 27.