The singer has pointed the blame for her catastrophic performance.

It's safe to say that Mariah Carey didn't exactly have the best start to the new year. Her performance on 'Dick Clark's New Year's Rockin' Eve with Ryan Seacrest' was shambolic to say the least, and now the singer has opened up about the extreme technical difficulties that plagued her show. 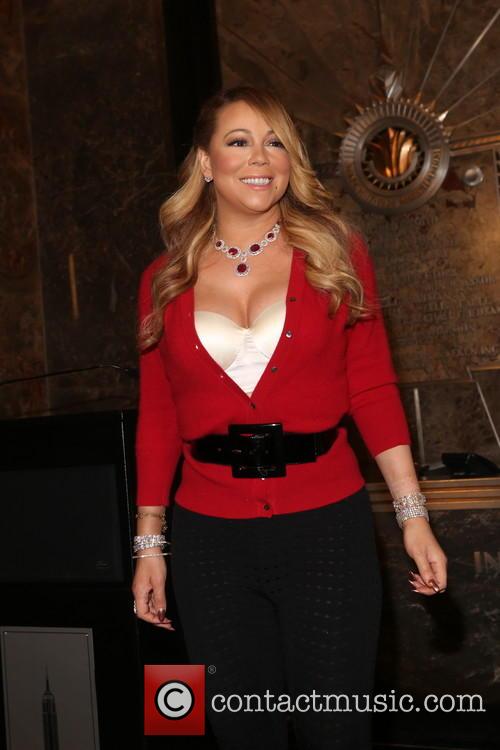 It was painful to watch; seeing Mariah attempting to sing along to her own music while clearly being unable to hear the backing track, and then deciding to just lip sync for the rest of the performance - which made it even worse if that were possible. It didn't start off too badly; her 'Auld lang Syne' was sensational, if marred a little by her inability to stop fiddling with her ear piece, but now we know why.

In an interview with Entertainment Weekly, Mariah spilled the beans about her 'horrible New Year's Eve' which left her 'mortified'. 'All I can say is Dick Clark was an incredible person and I was lucky enough to work with him when I first started in the music business', she said. 'I'm of the opinion that Dick Clark would not have let an artist go through that and he would have been as mortified as I was in real time.

'It's not going to stop me from doing a live event in the future. But it will make me less trusting of using anyone outside of my own team.'

In fact, new reports claim that Mariah has fired her creative director Anthony Burrell over the incident. 'He's not being brought back [in 2017] for a number of reasons', a source told ET. He allegedly confirmed that this was the case with a thumbs up emoji in a direct message reply to the site.

Mariah's manager Stella Bulochnikov defended the singer over suggestions that she was all over the place because she skipped the rehearsal. As a matter of fact, she was dead on time for both the rehearsal and her performance. 'She sat on the side of the stage with her ear-pack and her in-ears and her microphone to make sure she could do the sound check. The most important thing to her was the sound', said Stella. 'The sound was coming in choppy. She was assured it would work by the evening.'

Unfortunately, that clearly wasn't the case. 'So, right when it goes live, she can't hear anything. The ears are dead', she continued. 'So she pulls them out of the ear because if the artist keeps them in their ears then all she hears is silence. Once she pulled them off her ear she was hoping to hear her music, but because of the circumstances - there's noise from Times Square and the music is reverberating from the buildings - all she hears is chaos.'

Stella went on to assure Entertainment Weekly that she was not lip-syncing during any part of her performance - something which viewers are styill struggling to believe. Regardless, this doesn't look like a fault on Mariah's part.