Mariah Carey Is Stepping Behind The Camera To Direct Her Upcoming Christmas Tv Movie. 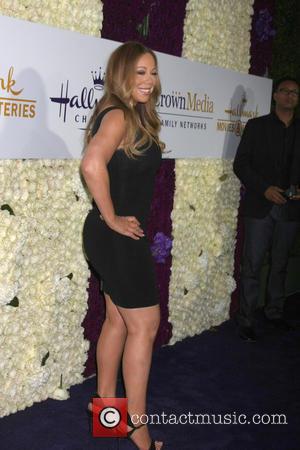 The Hero hitmaker inked a deal with studio executives at New Line in April (15) to star in her own festive film, and now it's been revealed she will make the scripted project her directorial debut.

Production on Mariah Carey's Christmas Project will begin this autumn (15), and it will air on America's Hallmark Channel in December (15).

The singer is no stranger to the film industry - she flexed her acting muscles in the critically-panned 2001 movie Glitter, while she received more positive reviews for her roles in Lee Daniels' films Precious and The Butler, in 2009 and 2013, respectively.

Carey has been keeping busy of late - she recently wrapped up the summer (15) dates of her Las Vegas concert residency, while she will be the centre of attention next Wednesday (05Aug15), when she receives a star on the Hollywood Walk of Fame.