Mariah Carey made Nick Cannon ''wait'' until their wedding night before they slept together for the first time. 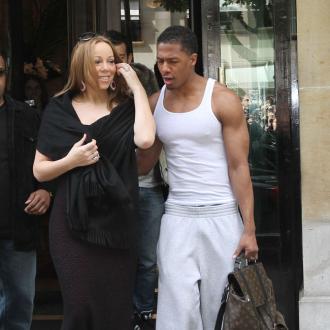 Mariah Carey and Nick Cannon didn't sleep together until their wedding night.

The 'Hero' singer - who have two-year-old twins Moroccan and Monroe together - made her spouse ''wait'' to consummate their relationship until they tied the knot in the Bahamas in April 2008, and he wanted to give her the best possible experience

Asked when they first slept together, Nick said: ''On our wedding night, honeymoon style, in the Bahamas. That's a real woman there, make you wait, til you got married. Seriously, 100 per cent.

The 33-year-old star is still amazed he got together with his ''celebrity crush'' and thinks his determination to land a date with her won out.

Speaking to Big Boy on hip hop radio station Power 106, he said: ''I spoke it into existence, I went hard at it, People would ask, 'Who's your celebrity crush?' 'Mariah Carey'. I'm gonna show up at concerts, be backstage. Persisting. There's a fine line between stalking and persisting.''

The 'America's Got Talent' host also revealed some other famous names he had slept with - and joked he didn't think Kim Kardashian would remember their encounter.

He said: ''It's LA! That's the whole purpose, you have sex with actresses, singers, models...

''Name five? Mariah Carey, Christina Milian, Nicole Scherzinger, Selita Ebanks, erm... Oh, Kim Kardashian! Bam! Five. I bet she's forgot because there's been a lot of people since me. She's a great girl though! Her family are some of the most incredible people I ever met in my life.''