Mariah Carey Conquers Vegas and Billboard 100 in One Week

Mariah Carey is back in top form this week.

It’s been a busy week for Mariah Carey. After conquering the Las Vegas strip, (allegedly) receiving jewellery from a fan and a lapdance from Tyson Beckford, it’s back to business for the diva. Carey’s new single, Infinity is a breakup ballad in the R’n’B superstar’s classic, chilled out style. 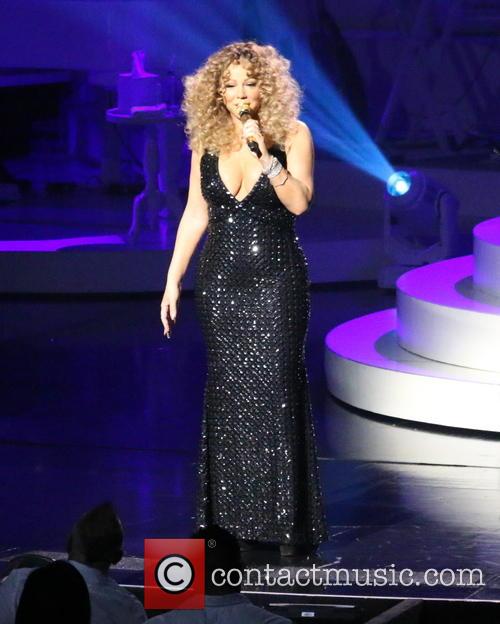 Following up on the May 6 launch of her Vegas residency, Mariah Carey #1's, and ahead of the show's May 18 companion hits set, Infinity entered the Billboard Hot 100 chart at No.82 – not a bad start for Carey’s first single since the infamously terrible release of 2014’s Me. I am Mariah... The Elusive Chanteuse.

The new album has direct ties to the Hot 100, as it's her first collection housing all 18 of her No. 1s, the most by a soloist in the chart's history. (Only the Beatles boast more, with 20.)

So naturally, Carey had a lot to celebrate this week. With the release of Infinity and the launch of her Vegas show done, the chanteuse treated herself and took in a Chippendales show on Friday. Having spotted his pal in the audience, legendary male model Tyson Beckford decided to offer his  congratulations – in a way. Beckford dragged her up on stage for a VIP one-on-one performance in front of the huge crowd.

Mariah, 45, stuffed dollars down the hunky model’s trousers as she sat on a throne and was treated to a personal jig in front of the huge Vegas crowd. There may or may not have been a tiara involved.And that is how you celebrate in style, folks.