Mariah Carey: 'I Was Joking About Britney Spears' 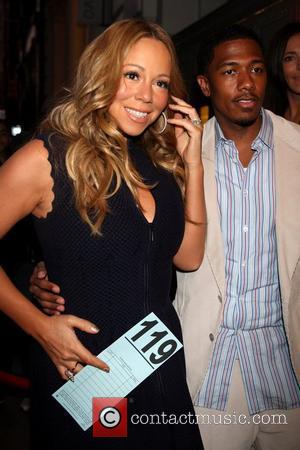 Mariah Carey has laughed off rumours she's angry at Simon Cowell for choosing Britney Spears over her as a judge on The X Factor after she appeared to take a swipe at the Toxic hitmaker during a recent interview.
The Hero hitmaker reached out to music and TV mogul Cowell when he first announced plans to launch a U.S. version of the hit British talent search early last year (11) and expressed her interest in getting involved.
Carey, who was expecting twins at the time, was forced to drop out of plans to become a judge on the programme due to her pregnancy and singer Nicole Scherzinger was reportedly chosen to take her place alongside Cowell, Paula Abdul and Antonio 'L.A.' Reid for season one.
The R&B superstar was briefly linked to the job again when Abdul and Scherzinger were dropped from the line-up at the end of the first series, but Cowell finally settled on hiring Britney Spears and Demi Lovato for the vacant roles and officially announced their involvement on Monday (14May12).
Carey didn't appear to be a fan of his decision to appoint Spears as a judge when she was asked about the hire during an interview for U.S. news show Extra, and said, "You think I focus on that stuff? Have we met? I love (Spears), honestly. I think she's a very nice person, but I don't care who's going on that show - as long as it's not me."
Her comments sparked speculation she was upset at being overlooked by Cowell, but Carey insists she was just joking.
Taking to Twitter.com on Wednesday (16May12), she wrote, "@BritneySpears & @SimonCowell of course I luv+care about you dahhlings, congrats (sic)! U never know what's true or gossip, I was joking around!"