Mariah Carey has been spending the usually stressful run up to Christmas in Aspen with her husband and two children. The 'Art of Letting Go' singer photographed her wintry family activities and posted the snaps on Instagram. 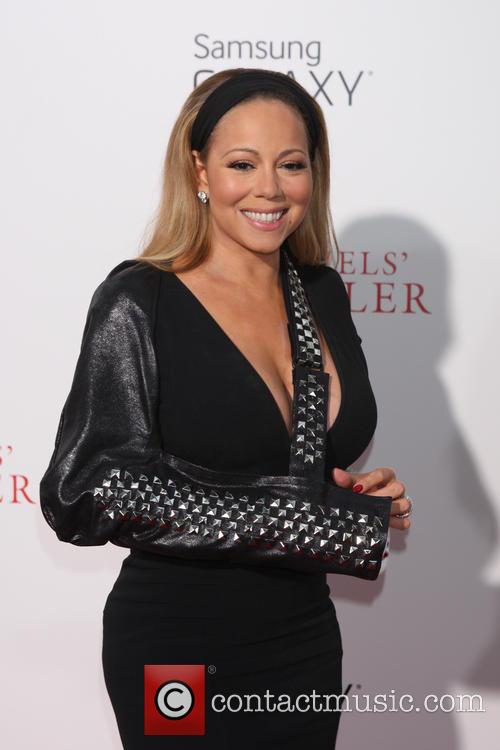 Mariah Carey at the premiere of Lee Daniels' The Butler, sporting an elaborate sling.

Carey has been spending her winter in Aspen, Colorado and was joined by her two children and her husband Nick Cannon. Cannon and Carey have been married since 2008 and have a set of twins together. The twins - a boy and a girl - are named Monroe and Moroccan Scott and were born in 2011.

Recently, Carey has been revealing a great deal about her family life and the difficulties of bringing up her children in the spotlight. Carey appeared on the US talk show What Watch Happens Live and discussed her family life. When questioned about expanding her family, Carey joked she would only have more children if Cannon was able to carry them. In the interview she said ''If Nick could have the babies himself, then maybe. Then, bring 'em on. We love kids!''

Carey has been celebrating the festive season by indulging in winter pursuits including ice skating, skiing and hot-tubbing in the snow! The 'All I Want For Christmas' singer has been keeping her fans up to date with her busy holiday schedule by posting pictures on Instagram. One shows Carey, preparing for her dip in the hot tub, wearing a red silk role and little other than fluffy matching slippers and a bikini! Whilst a number of other photographs show more family friendly activities with her children playing in the snow outside her Aspen lodge.