The casino tycoon proposed to Mariah at a special dinner he organised in New York on Thursday evening.

Mariah Carey is engaged to her boyfriend James Packer, the fourth richest man in Australia, after less than a year of dating.

The couple went public with their relationship in June 2015, and have enjoyed a whirlwind romance despite not having met that long ago. According to TMZ and other reports, the 47 year old billionaire got down on one knee at a special dinner he had organised at Eleven Madison Park in New York on Thursday (January 21st), which was attended by some of Mariah’s closest friends. 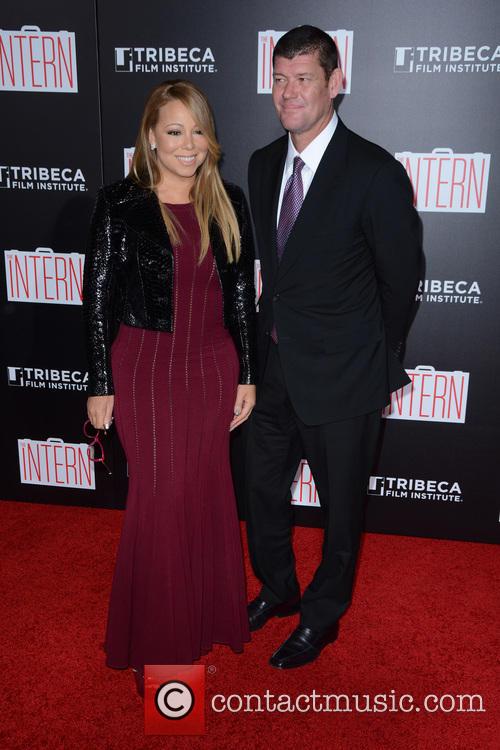 Mariah Carey and James Packer are engaged, after a year of dating

A representative for the 45 year old singer, who has four year old twins Moroccan and Monroe from her previous marriage to Nick Cannon, confirmed to the Daily Mail in Australia: “Yes, the couple were engaged tonight in New York.”

A source told E! News that Packer presented Mariah with “the most breathtaking engagement ring”, which is said to be “around 35 carats”. No wedding date has been set as yet, though.

It follows Mariah’s declaration of love for her now-fiancé back on New Year’s Eve, when she performed a concert in one of Packer’s casinos in Melbourne, Australia. She called him: “Spectacular, handsome… I don't even have words for the man who introduced me tonight. We'll just say the amazing Mr James Packer.”

They were first photographed together on the Italian island of Capri last summer, and seemed so relaxed in each other’s company that many speculated they’d been dating for months.

Speaking on the Steve Harvey Show in 2015, Mariah detailed how they had met “in Aspen. We were at the Hercules premiere. We were talking and laughing, and people were getting mad at us and stuff like that. So we hit it off.”