Mariah and Elton were paid a total of £3.5 million to play at the wedding of Irene Kogan, the granddaughter of Russian business tycoon Valery Kogan.

Mariah Carey and Sir Elton John were paid approximately £3.5 million to perform at the wedding of a Russian billionaire businessman’s granddaughter, it has been claimed in new reports.

The two pop icons performed as the highlights of a nine-hour programme of entertainment at the wedding of 19 year olds Irene Kogan and Daniel Kenvey on Saturday (January 14th) held at London’s Landmark hotel. The extravagant, star-studded bill was footed by Irene’s grandfather, Russian business tycoon Valery Kogan.

46 year old Mariah flew in specially from the States to play at the wedding, having reportedly been paid a whopping £2.5 million, according to gossip site TMZ. She dedicated her 2005 love ballad ‘We Belong Together’ to the happy couple.

Pop star Mark Ronson also performed a DJ set at the end of the evening, having his picture taken with the couple and posting it via his Instagram. Actor Antonio Banderas, who resides in London, was also at the wedding and is said to have given a speech wishing the couple well.

Sir Elton John, who charged a comparatively meagre £1 million by Mariah’s standards, was the first to perform on the day, playing 12 songs including ‘Tiny Dancer’, which he dedicated to the bride. Apparently, she cried at the dedication.

“This is for Irene. She’s not that tiny, but I know she’s a really good dancer because I can see her down there.” 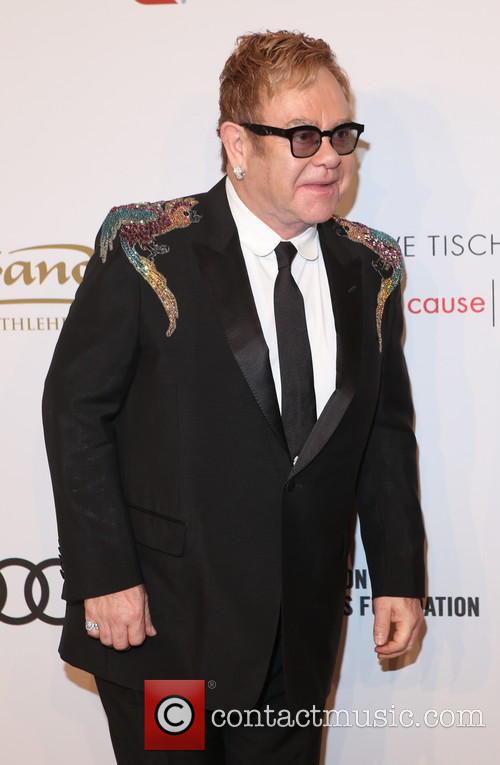 The bride was reported to have worn a dress made by Ralph & Russo, one of Britain’s most exclusive fashion brands and the designers behind Cheryl Cole’s black wedding dress. They’ve also hand-made dresses for Saudi princesses, and Hollywood clients like Beyonce and Angelina Jolie.

More: Mariah Carey addresses NYE performance – “it turned into an opportunity to humiliate me”