Mariah Carey has finally released the video for her latest single ‘Infinity’, showing the pop diva during her Las Vegas residency at Cesar’s Palace. The video lets us in on Mariah’s new life in Vegas, showing us that when she’s not performing sold out shows the diva likes nothing more than to sing in her closet and drink champagne, while searching for dates on Match.com. 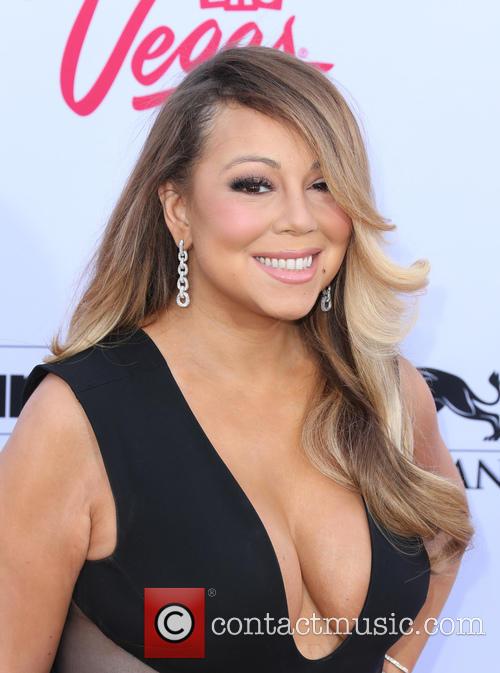 Mariah Carey has dropped her new video for ‘Infinity’.

Mariah unveiled the video on Tuesday morning, telling fans on Twitter ‘It's here!!!’ and thanking director Brett Ratner and co-stars Tyson Beckford and ‘Empire’s' Jussie Smollett. In the clip, footage of the singer performing the song at one of her Cesar's Palace shows is interspersed with moments of Mariah being the ultimate diva as she tries to move on from a breakup.

More: Mariah Carey Had The Worst Experience Of Her Life Judging Boring And Fake 'American Idol’

In the opening scene Mariah is shown in her Las Vegas penthouse before going out on the balcony to survey her new kingdom, Carey began her Sin City residence last month and it's scheduled to run until July. The 45 year old then appears singing in her impressive walk-in closet surrounded by her collection of sparkling gowns.

In true diva style Mariah also indulges in some champagne, while being pampered by her beauty team. But the singer, who separated from husband Nick Canon last year, appears to be looking for love as she scrolls through her match.com profile, which was specially set up for the video.

Watch the video for 'Infinity' here:

Carey soon gets a delivery of a near-naked, bow tie wearing Tyson Beckford to her door, who comes complete with a six pack and a bouquet of roses. But the singer doesn't seem too impressed and ends up sending the model away.

But what does capture Mariah’s heart is a tutu wearing puppy, whose owner is played by a geeky-looking Jussie Smollett from ‘Empire’. The pair end the video by speeding off together in Jussie’s impressive convertible while the singer fawns over her new puppy.

More: Mariah Carey Plays The Diva In Las Vegas On Opening Night Of '#1 To Infinity' Residency

‘Infinity’ is taken from Mariah’s latest hits collection, #1 to Infinity, released last month. The album contains all 18 of her Billboard number one singles and was launched to coincide with her Las Vegas residency show at Cesar’s Palace.